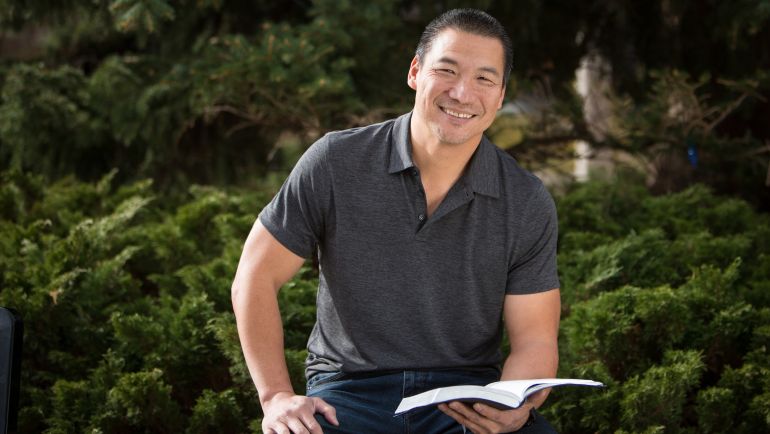 Growing up a pastor’s kid in South Central Los Angeles & Watts, I was exposed to many of the elements of a gang infested city. Sex and drugs were introduced to me at a very early age and I soon became the “black sheep” of the family. But God rescued me and miraculously transformed my life at the age of 18 when I finally surrendered to the Lordship of Jesus Christ.

Since then I started serving the Lord by leading worship at various ministries (Sunday and Thursday “Afterglows” for Pastor Chuck Smith, several different home groups as well as the College & Career ministry at Calvary Chapel Costa Mesa). It was at CCCM that I met my AMAZING wife, Erica! We both attended Pastor Oden Fong’s Tuesday Night Bible Study and learned and grew like crazy! As our spiritual dad, Oden married us and gave us his blessings to move to San Francisco to help plant CC San Francisco. Once our venture at CCSF was complete, we moved to San Jose where I served under and was ordained by Pastor Don McClure.

After 7yrs of serving at CCSJ, we felt the call to church plant. With Pastor Don’s blessing, he sent us out to start CC Palo Alto (now known as CC Mountain View). It was that same year that we simultaneously moved, started a church and had our first child, Kharis, immediately followed by our son, Jesse, only 15months later! Crazy!!

After serving 3 1/2 yrs as the senior pastor, we moved our family back to Orange County and eventually to CO where I served under Pastor Gino Geraci at CC South Denver from Jan 2007 to August 2016. It was there that Erica and I felt the call once again church plant. Hence, TRUTH CHURCH was born! And since the launch of this new work, we’ve never felt more at “Home” as we do today.

Erica and I are incredibly humbled and blessed to be a part of the Holy Spirit’s work here in Centennial through this amazing family of believers. Praise be to God forever!